DISCOVER THE OFFICAL BLITZ TRAILER PRESENTED AT THE EXPO 2020 DUBAI! 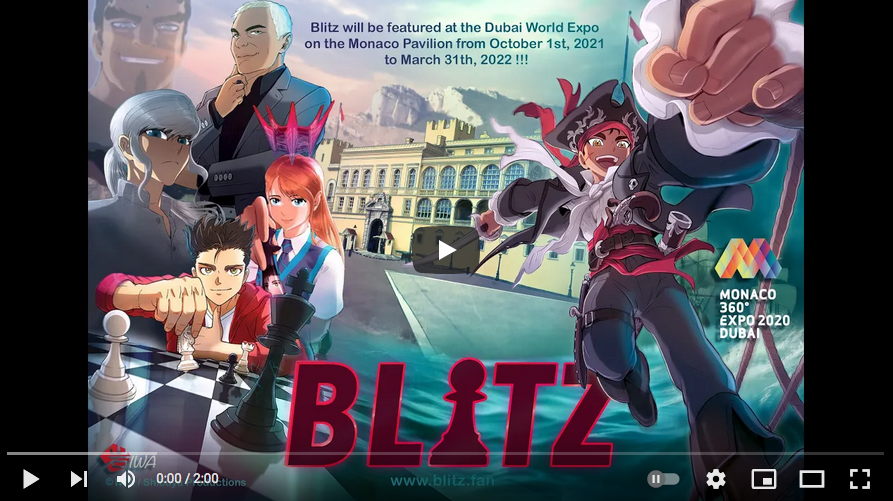 Created in 2019, IWA (“the rock” in Japanese) is the publishing arm of Shibuya Productions.

Its first title, Blitz, is a shonen manga, exploring the elite world of chess.

With its chosen subject matter, Shibuya Productions attracted the attention of one of the greatest players of all time, Mr. Gary Kasparov, who now supervises and patrons the series.

Their common goal: to democratize chess by offering ambitious entertainment for all ages. 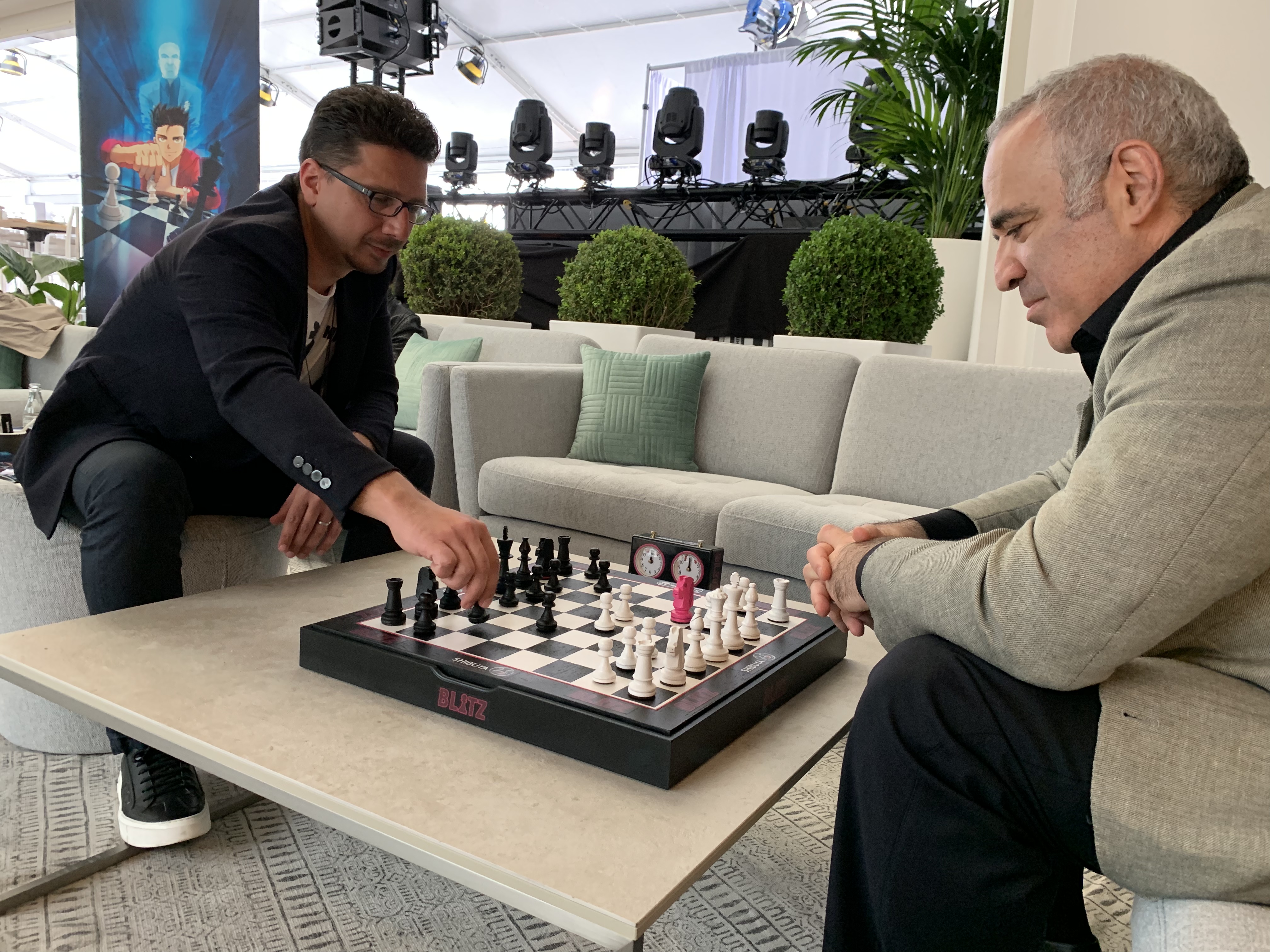 Blitz’s realization was made possible by the close collaboration between Monaco, Japan, the US and France, whose teams came together to produce a novel work guided by Japanese manga production techniques.

With the release of the first volume in the Blitz series, Cédric Biscay and Garry Kasparov immerse the reader into the fascinating universe of chess, where intuition and mental agility are precious assets on the way to victory. 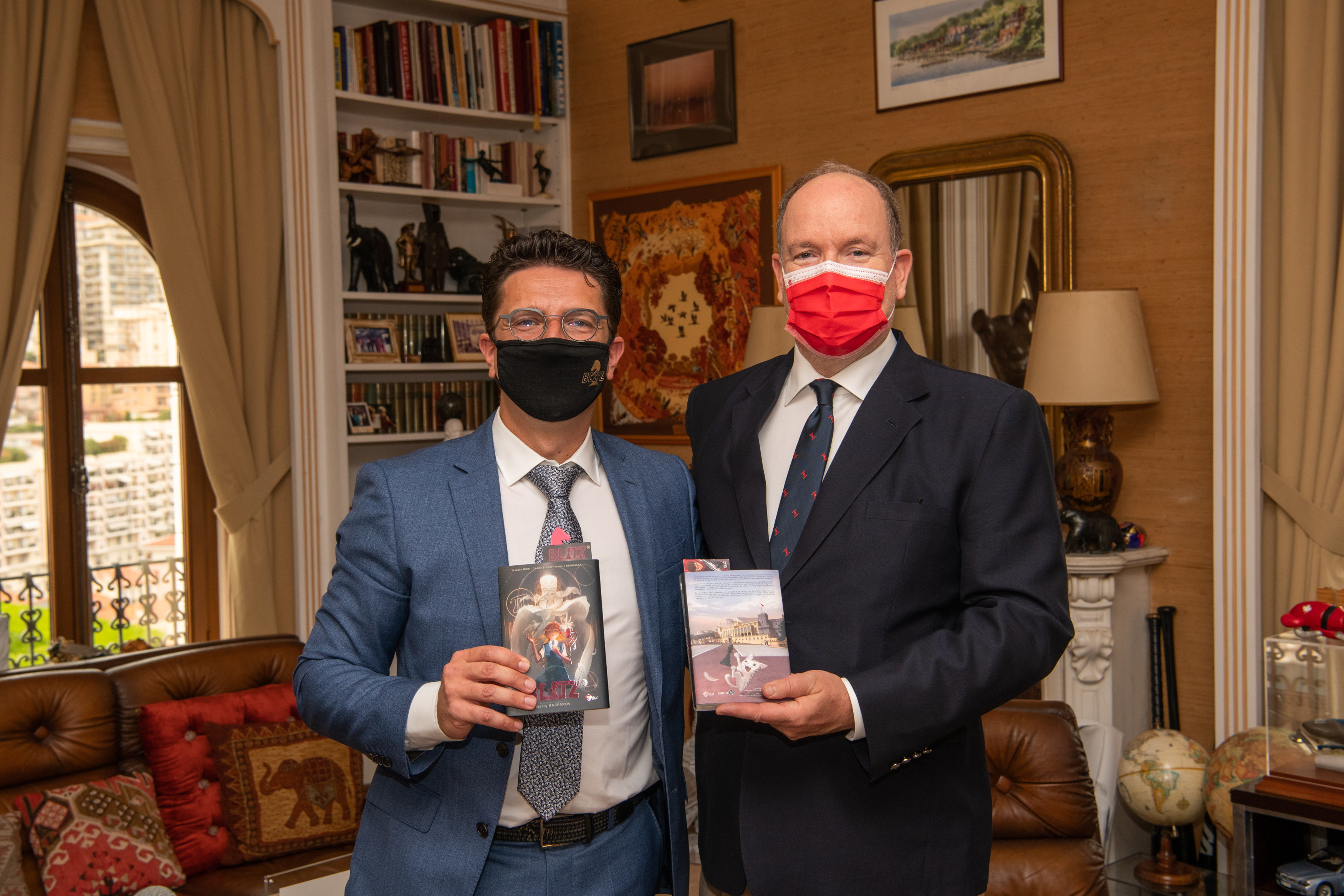 An exclusive preview of Blitz Volume 4, held in the presence of H.S.H. Prince Albert II of Monaco, where The sovereign becomes a character in the manga and declares: "When Mr. Biscay presented me the last volume created by his company, I was delighted that, for the first time, a member of my family appeared in a manga ".

A year and a half after its launch, Blitz has 4 volumes published, more than 40,000 copies sold in France, a real performance in the publishing business.

Volume 1 is already in its second reprint and volume 2 in its first!

A real success for our publishing house IWA, which can also count on 200,000 readers in Japan via the Shonen Jump Plus platform.

To celebrate the release of the manga, Shibuya Productions invites you to bring the Blitz app in your pocket!

A mobile game, where you can compete with other opponents or the A.I. in games where time and stategy will decide your fate.

To find out who is the absolute Blitz master, download for free the application:

Shibuya Productions partners with iRis Intuition to help to explore the role that intuition can play in personal and collective development.

Good intuition is a skill that can be cultivated through games inspires by research in the field of psychology.

Or Scan the QR Code: 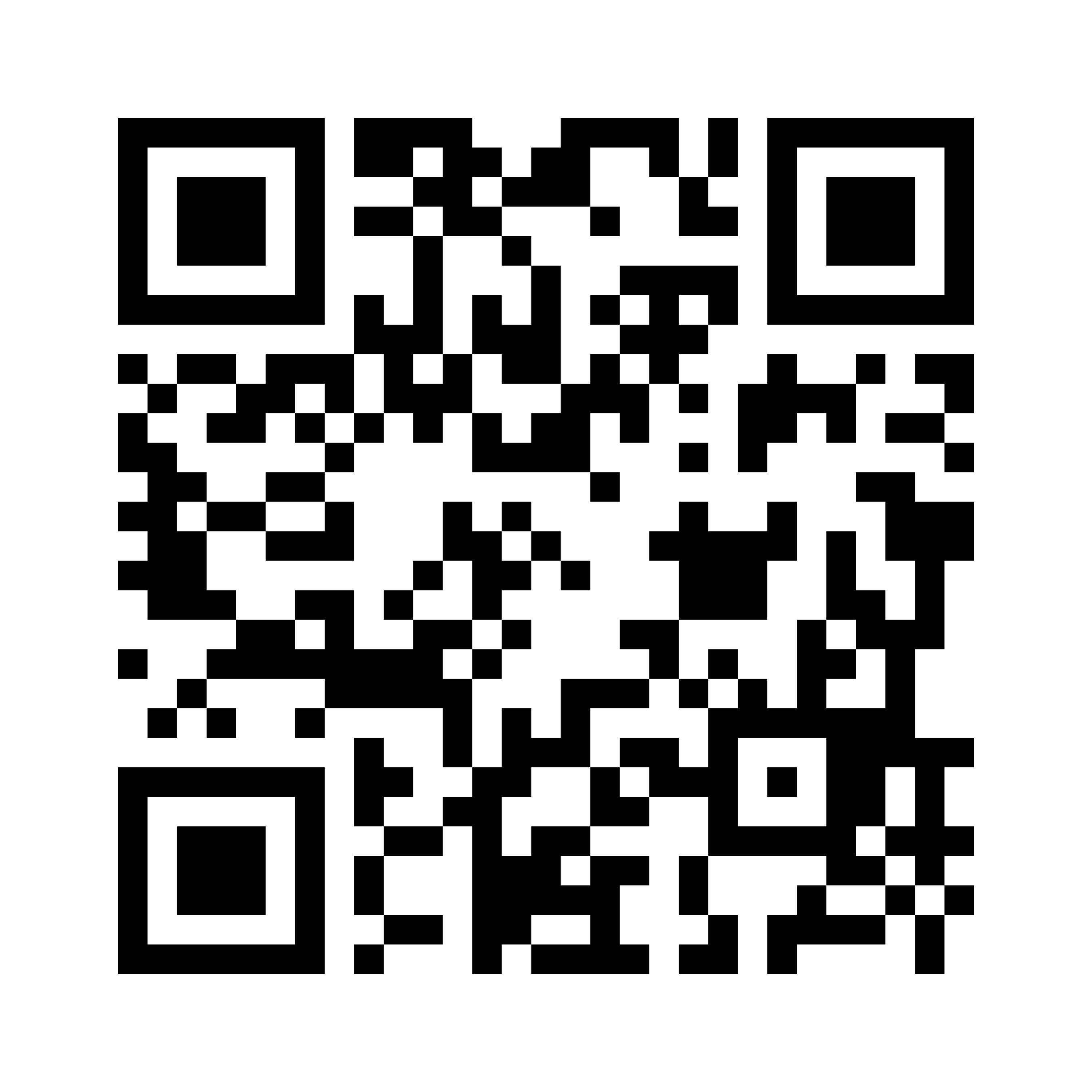